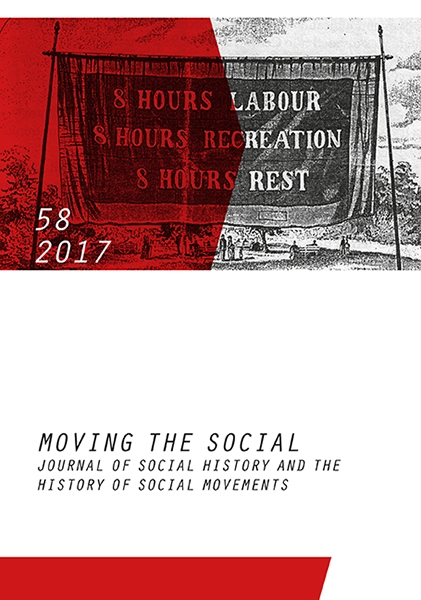 Flemming Mikkelsen: Workers’ Activism and Industrial Democracy in Denmark in the 20th Century
Matthias Möller: Marginalised Neo-Rurals and Alternative Trailerists: Self-made Housing as a Counter Concept of the 1970s and 1980s in Germany and France
Bernhard H. Bayerlein: Willi Münzenberg’s ’Last Empire‘: Die Zukunft and the ’Franco-German Union‘, Paris, 1938–1940. New Visions of Anti-Fascism and the Transnational Networks of the Anti-Hitler Resistance
Juan L. Fernández: Darwin goes to Sarajevo: Evolutionary Theories Underlying a Century of Historiography on the Outbreak of the First World War
Stefan Berger: What is new in the History of Social Movements?


Moving the Social. Journal of Social History and the History of Social , Band 58